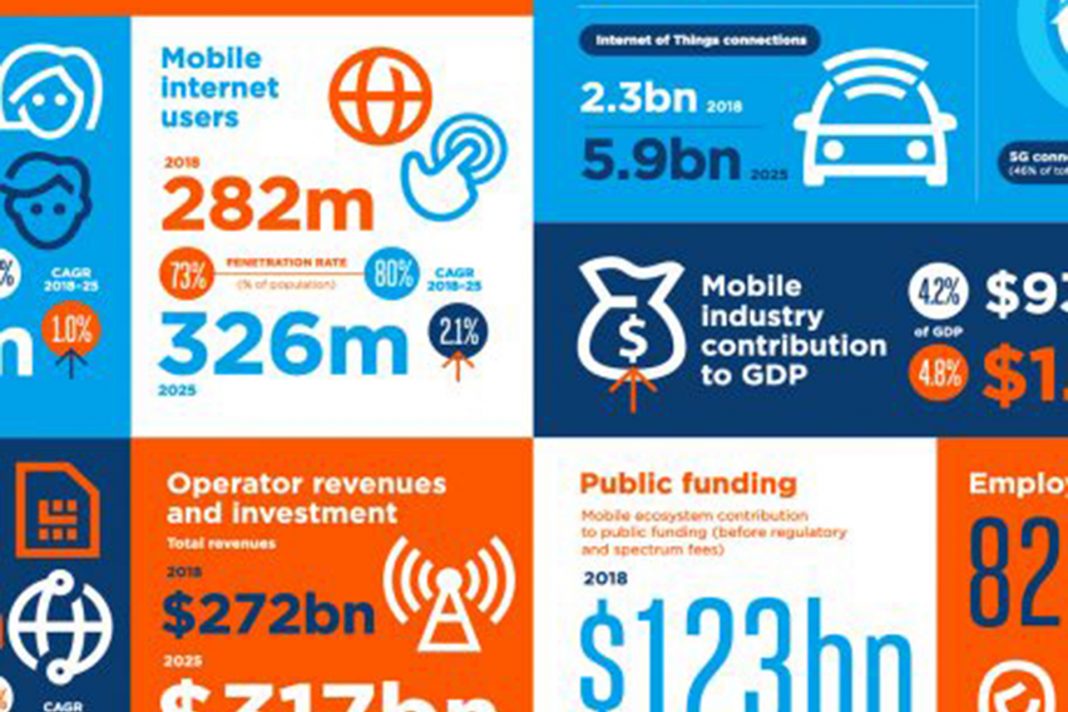 The study sees a rapid expansion of 5G coverage across the US and Canada and estimates that by the end of 2022, 24% of connections on the continent will be on 5G networks, rising to 46% by 2025 – equivalent to 200 million 5G connections.

High subscriber penetration coupled with historically high consumer spend on mobile services means the North American mobile market will be worth $280 billion in revenue in 2019. In this context, the US is the largest market for mobile worldwide – around 50% greater than China. This is being fuelled by operator spending on new networks, which is forecast to total more than $380 billion (CAPEX) between 2018 and 2025.

The report also estimates that the mobile ecosystem also supported 2.3 million jobs (directly and indirectly) on the continent and made substantial contributions to the funding of the public sector, with almost $123 billion raised through taxation last year (not including spectrum fees). 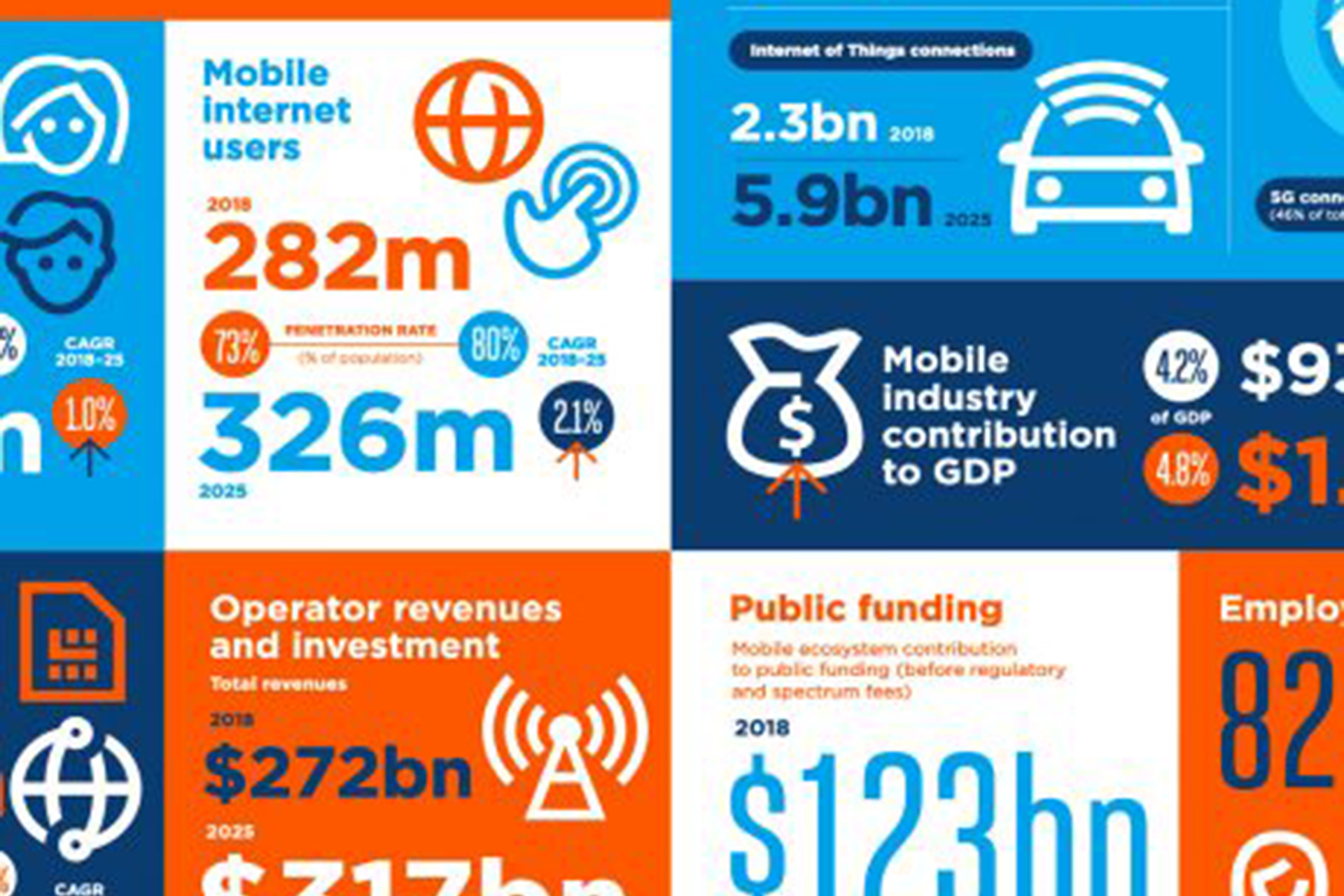