If you’ve ever been to an expensive restaurant and ordered a familiar dish like, say, lasagna, but received a plate with five different elements arranged in a way that does not at all resemble what you know as lasagna, then you have probably tasted deconstructionism.

This approach to cuisine aims to challenge the way our brain makes associations, to break existing patterns of interpretation and, in so doing, to release unrealized potential. If the different elements work together harmoniously, it should be the best lasagna you’ve ever tasted.

In principle, the 5th Generation network is deconstructed. Firstly, with its Service-Based Architecture (SBA) the core of the network is a mesh of interconnected services, each working independently but collaboratively.

Next, the new core architecture is based in the cloud, from where it seamlessly connects services across wireless, fixed or convergent networks. The 5G system is further deconstructed through network slicing, one of the most anticipated features of the new technology. Finally, add in edge computing, which moves processes away from the core and closer to the user.

If these different elements work together harmoniously, the result is a superfast, super-low latency network that will revolutionize the way we work, play and live. For that to happen, we will need artificial intelligence (AI).

AI and 5G have a co-dependent relationship. Without AI, the 5G core and edge processing will not be able to reach their full potential. Without 5G, the emerging and potential capacities of AI will not be realized.

These capabilities do not currently include the Hollywood version of AI: robots who are baking you lasagna one day but overthrowing humankind the next. Some such fantasies are based on the notion of artificial general intelligence (AGI), or ‘strong’ AI, which would give machines the ability to think in the creative and adaptable way that humans do.

AGI does not exist. Yet.

Nor does artificial super intelligence (ASI), an intellect that surpasses human intelligence in every way, from logic to creativity to wisdom. The possibility of this type of AI is scary to many people, especially those who have watched Terminator or The Matrix. Others are thrilled in expectation. In truth, once AGI is achieved it is probably only a matter of time before machines teach themselves to develop ASI.

Though that is not something we need to fear or celebrate for some time, it is worth thinking about now, especially if you have any interest in maintaining the security of your cyber-physical assets.

The term ‘artificial intelligence’ is currently used in its narrow or ‘weak’ sense, which describes an ‘intelligence’ that can be programmed to do a specific task exceptionally well. Though this type of intelligence works within defined parameters using limited data, it is not without nuance and what we might call creativity.

In 2017, Google’s DeepMind introduced AlphaZero, a single system that taught itself how to master chess, Shogi – an advanced form of Japanese chess – and Go, widely regarded as the most complex strategy game in the world.

It took the algorithm only four hours of playing against itself to become unbeatable (so far) at chess. It subsequently beat the best current AI programs in chess, Go and Shogi, including AlphaGo, its predecessor and vanquisher of human Go champions.

But more interesting or impressive than its speed of learning was the way the system played. Rather than coughing up strong chess strategy from a vast ‘memory’ of elite level chess games, AlphaZero developed its own dynamic and ‘unconventional’ style without knowing anything beyond the rules of the game. According to Grandmaster Matthew Sadler, “It’s like discovering the secret notebooks of some great player from the past.”

Now imagine this type of AI operating at the edge of the 5G network. A useful example is autonomous vehicles (AV), which will need computing at the edge to make optimal use of 5G’s sub-millisecond latency. Sensors and processors working at lightning speed will be able to make decisions faster than humans, avoiding accidents in the moment. But they will also be able to determine the best way to drive, learning to pre-empt human needs and perform in a way that balances safety with enjoyment.

Learning in this way requires a balance between edge computing and communication with the cloud. Though advances in hardware will allow more and more processing to be done at the data-creation point on the edge of the network, that data still needs to be fed back to the cloud where it will be used to find trends and meta-narratives. These outcomes are then channeled back to the devices.

The massive Internet of Things (mIoT) managed in this way will include far more than driverless cars. It will consist of everything from smartphones to wearables to smart homes to manufacturing machinery. All will create enormous amounts of data which need to be analyzed and converted to better decision-making.

We are well familiar with machine learning being used to process big data in this way, but with 5G and accelerated developments in AI, the entire procedure will happen increasingly quickly. Upgrades in shared but distributed ‘intelligence’ of devices will lead to co-creative improvements in how devices operate, in real time. It’s what is being called the ‘internet of thinking’.

A good example will be active urban surveillance. At the edge, cameras will use facial recognition to filter potential threats before escalating risk assessments to central processing by humans or more advanced AI.

Working with these continuous streams of video will generate enormous volumes of data which will be impossible to handle without 5G’s increased speed, throughput and load capacity (5G can support a million devices per square kilometer)–the same functions that will enable the Internet of Battlefield Things (IoBT). Warfare will be changed forever as weapons become increasingly autonomous and capable of working in unison in real time.

Evidence of this can already be seen in Anduril’s development of a ‘virtual wall’ at the US-Mexico border that uses facial recognition technology to identify people crossing into the US. The same company has won the contract for the Maven Project, a secretive program committed to integrating emerging technologies like AI and virtual reality in building military ascendancy.

The expected operations of AI at the 5G network edge tend to earn more publicity, probably because they deal with the use cases most relevant to consumers. But AI will have a fundamental role to play in the successful operation of the 5G core.

In the implementation of 5G, telecoms operators are facing unprecedented network complexity. This includes the high-density distribution of 5G networks, the challenging configurations of large-scale antenna arrays, and the infrastructure upgrades required across the network.

Telcos will also need to prepare for the ongoing development of solutions to both predicted and unpredicted needs emerging from IoT and related smart systems. This will require an increasingly agile and responsive orientation to network management.

AI will be critical in meeting these challenges. It will facilitate dynamic engagement with network quality, detecting and correcting network issues faster than is currently possible. AI will also be necessary for the promises of network slicing to be realized; AI will optimize the slicing strategy, responsively assessing, evaluating and determining slice allocations.

For telecom carriers, AI offers many opportunities, but it also invites risk.

How telcos can use AI to their benefit

A recent Ericsson study of 132 global mobile communications service providers revealed that more than 50% of decision-makers expected AI to be integrated into their systems by the end of 2020.

Why? Because AI affords dramatic improvements in operational efficiency, investment return, and competitiveness.

Operating costs can be expected to decline as AI’s predictive technology is used to optimize operational and maintenance practices. This becomes crucial in 5G networks where more hardware organized in greater complexity makes OPEX a significant headache.

Across the 5G network, from the core to the edge, improved agility and efficiency resulting from AI integration will increase competitiveness through better customer experience. Improved network quality will stimulate customer satisfaction, as will AI-driven refinement and personalization of user services.

We are already seeing the use of chatbots and virtual assistants in enhancing customer engagement. As AI learning sophistication increases and 5G brings processing into real time, these interactions will become preemptive and proactive, addressing customers’ needs before, perhaps, they are aware of them.

Risks of AI at the core

The combination of AI and 5G presents many data challenges. These relate to the quality, quantity, storage, processing and privacy of data. But there are additional risks that telcos need to be aware of as they bring AI into the core of the 5G network.

At the edge of the network, cybersecurity risks become more isolated. Of course, a tremendous amount of damage can be done in hijacking the sensors and processors of a driverless car or instance of autonomous robotics. The potential harm pales in comparison, however, to the havoc that could be wreaked if a cyber attack brought down an entire network of AVs or industrial IoT network. This can only be done by striking the cloud-based 5G core.

A key feature of 5G’s cloud-native infrastructure is that configuration is done through APIs and declarative interfaces. This has considerable advantages in automation and agility, allowing maximum gains from the implementation of AI network management. But this structure also carries inherent risks.

As pointed out in a new draft report by the National Institute of Standards and Technology, security strategies for microservices-based application systems must take into account that, “every transaction implemented using this type of system will involve the transmission of messages across a network,” and “the presence of multiple microservices exposes a large attack surface.”

AI at the core that orchestrates and manages all of the virtual infrastructure, network slicing, and other elements introduces a whole slew of new risks that the industry is not yet fully capable of tackling. From “black box” decision making to inability to test for “backdoors” AI challenges are numerous. And yet, we are putting it at the core of the future most critical of critical infrastructures.

Though AI is increasingly being used to detect and deflect cybersecurity attacks, it is not foolproof. It can be circumvented, and network owners and operators need to be more vigilant than ever in managing this risk. When billions of devices, including weapons, are connected at high-speed with high throughput, and that connectivity is orchestrated through AI, cyber-physical disaster can be wrought in an instant. 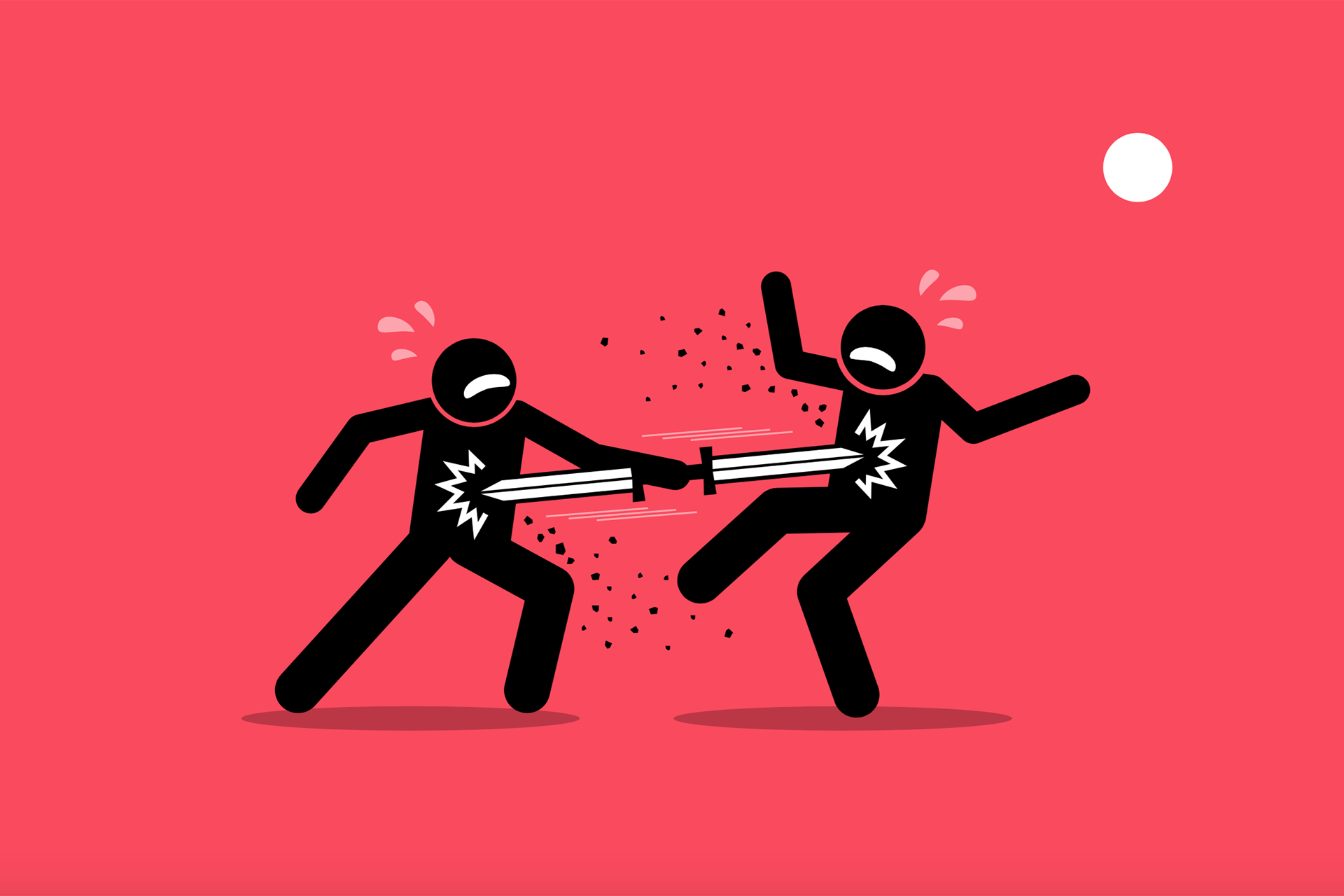