5G Security – 5G, mIoT, CPSSEC, Security blog by Marin Ivezic
Home AI Those with Interpersonal Skills Have Least to Worry About the AI 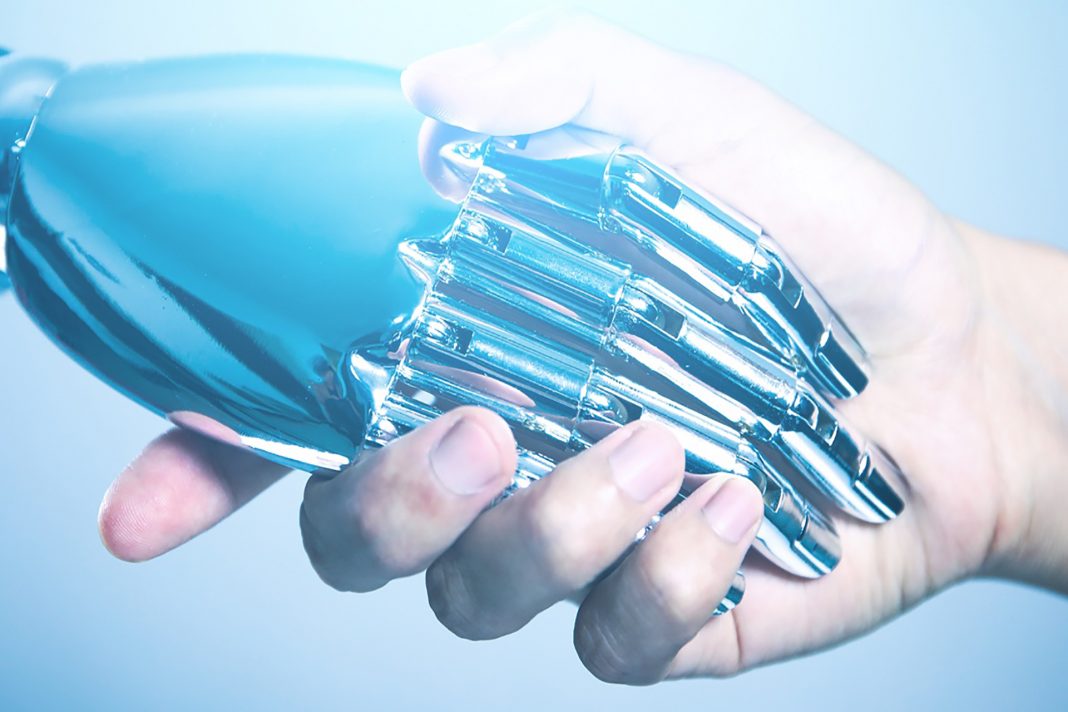 Systems like IBM Watson augment the expertise of tax preparers, lawyers, doctors and many other highly trained professionals. Corporate executives use AI’s ability to gather, analyze and run extensive simulations on data to help them make better-informed decisions. The applications for AI appear almost unlimited.

The implications are clear. AI will reshape not just operations, but also all other aspects of the business world. So, how can we prepare our skills for how AI will reshape it?

A 2017 PwC report, Sizing the prize: What’s the real value of AI for your business and how can you capitalise?, suggests that automating routine tasks and improving productivity by giving employees access to augmented intelligence systems will result in a $6.6 trillion boost in output in 2030. That is more than $700 billion more than the estimated 2017 GDP of Germany and the UK combined.

That boost, however, pales compared to the estimated boost predicted from AI-driven increased consumption. PwC places that figure at $9.1 trillion in 2030, a figure only $2.6 trillion below the estimated 2017 GDP of China, the No. 2 producer in the world. That $15.7 trillion combined boost in output is staggering!

The boost in consumption is based on AI’s ability to gather more and better data that help organizations recognize changing consumer demand faster, its ability to transform processes so businesses can develop and launch new offerings to meet those fast-changing needs and its ability help businesses penetrate an increasingly global marketplace.

A McKinsey report estimates the number of current occupations that could be eliminated by automation at 5%. It warns, however, that nearly half of tasks currently done by workers could be automated, based on currently available technologies. This massive shift to automation is expected to be offset, however, as automation allows the workforce to focus on higher-value activities.

This is more easily said than done, though. Jobs will not suddenly vanish overnight. At least that is what studies of Germany manufacturers, who have been far more aggressive than their U.S. counterparts in automating processes, suggest. More likely, jobs will shift into sectors that require more of a human touch – sales or service jobs where humans have a distinct advantage over machines – while manufacturing jobs offer fewer entry level positions and workers experience stagnating or lower pay.

Automation has already shown its ability to create jobs by helping businesses better allocate resources and personnel. The introduction of ATMs in the 1980s threatened to kill the entire occupation of bank tellers. Indeed, the average number of tellers per branch decreased from 20 to 13 between 1988 and 2004. Banks, however, redeployed many tellers to sales and service jobs that increased revenues. The combination of cost savings from ATMs and increased revenues from the higher value tasks to which former tellers were reassigned spurred bank branch openings by 43%. This greatly increased the total number of tellers in the workforce.

An AI-driven shift in skill sets

Consider also that AI depends on humans for its existence. The more AI systems that are created, the more humans are needed to strategize how to best use them, and to design them, build them, maintain them and much more. Their growth opens new job opportunities.

Granted, some new jobs will be higher-skill level jobs than those that stagnate or shrink. But they offer opportunities for those who apply themselves to expanding their skill sets. And they provide a challenge for executives and managers to navigate these shifts.

The challenge for leaders

Making full use of AI in your organization requires more than putting the right systems in place. It also requires identifying the right people to work with them. And, since estimates suggest that at least one-third of skill sets that will be essential by 2020 are not considered essential today, people who have those skills must be developed, not merely found.

Leaders need to enhance their skill sets, too. Those whose chief value lies in their ability to squeeze performance improvements out of workers whose jobs can easily be automated will find their continued employment tenuous as AI squeezes more improvements out of repeatable processes than a human could.

Similarly, those who rely on outsourcing or offshoring to achieve cost reductions will find their skills less in demand. Even those whose value lies in their data analysis skills will find themselves losing out to AI, which can crunch more data much faster than even the best human analyst. Skills that organizations will value most as AI encroaches more and more on process- and data-oriented tasks are skills that are distinctly human.

With an organization’s workers needing to enhance their skill sets, leaders who can identify, motivate and mentor workers into acquiring needed skills will be in demand. The speed of technological advancement will require a continuous learning mindset. Those who can inspire workers into such a mindset will find AI no threat to them.

Continuous learning is essential for leaders, too. Recognizing trends – both in one’s own industry and in technology in general – combined with creative thinking can lead to opportunities that machines – that are only as effective as the data fed into them – cannot duplicate.

Understanding and empathy also give leaders value. AI can mimic human speech patterns and even detect emotions in what humans say or write, but cannot take that next leap into understanding people’s needs or motivations. This means that leaders’ ability to interact with workers on a human level is a skill that AI cannot duplicate.

Interpersonal ability becomes even more important as businesses expand into globalized markets. As AI improves logistics, leaders will increasingly deal with people from different cultures – not only consumers, but also suppliers, consultants and even employees spread across the globe.

Although AI can detect clues as to someone’s cultural background, true awareness is not a feature that can be programmed. Here, too, leaders can enhance these skills to set themselves apart from AI.

Finding your place alongside AI

AI will encroach further into tasks previously done by humans. That is certain. It will do so not only in mundane, repetitive work, but also in highly specialized knowledge skills.

The key to thriving in an AI-enabled environment is for leaders to grow in the human qualities AI can only mimic and not master. Motivating, mentoring, creativity, empathy and making genuine human connections with others – no matter their background – will be sorely needed to complement the computational and efficiency advancements AI will bring.

Embrace what AI offers. And focus on building the skills that only humans can provide. 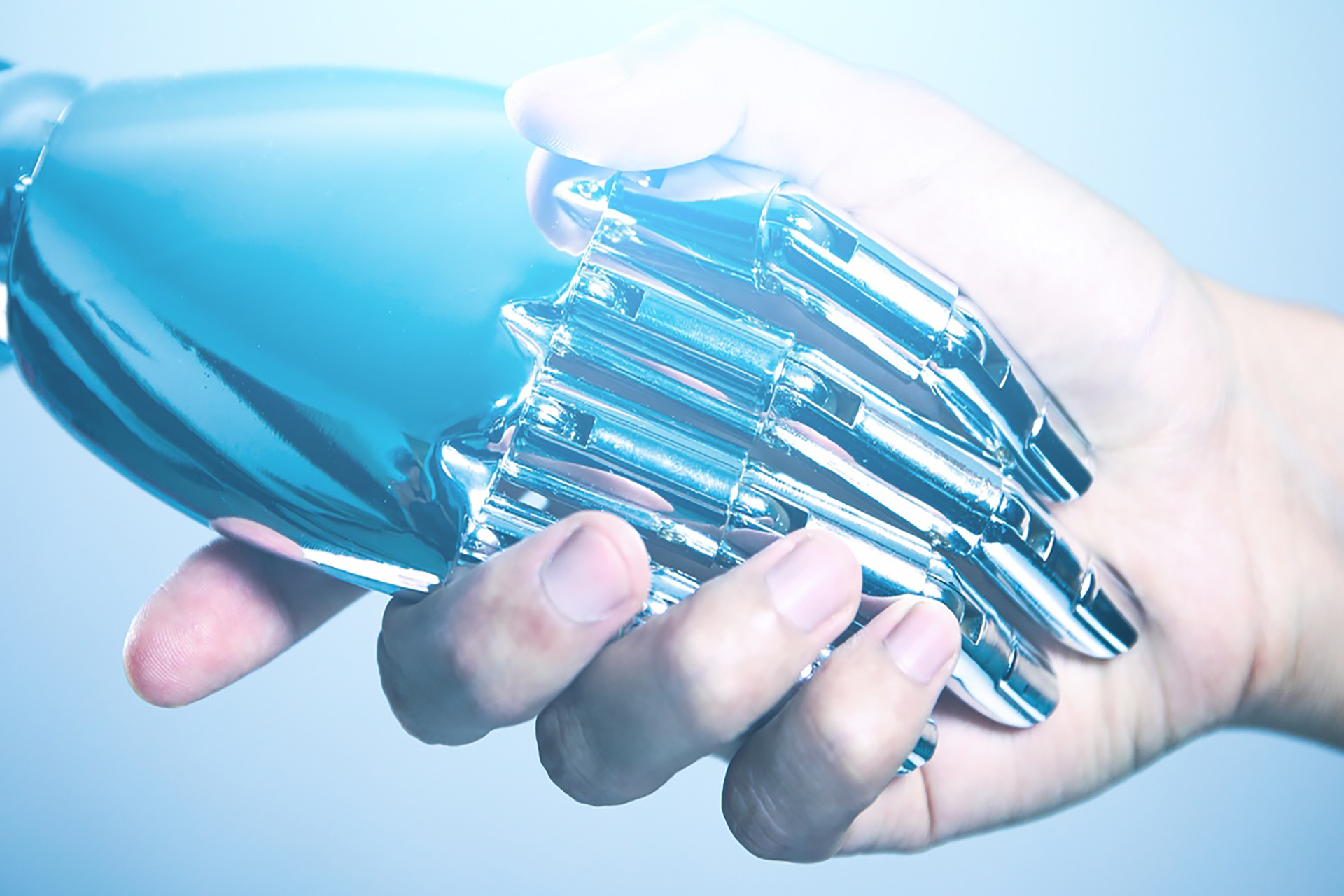