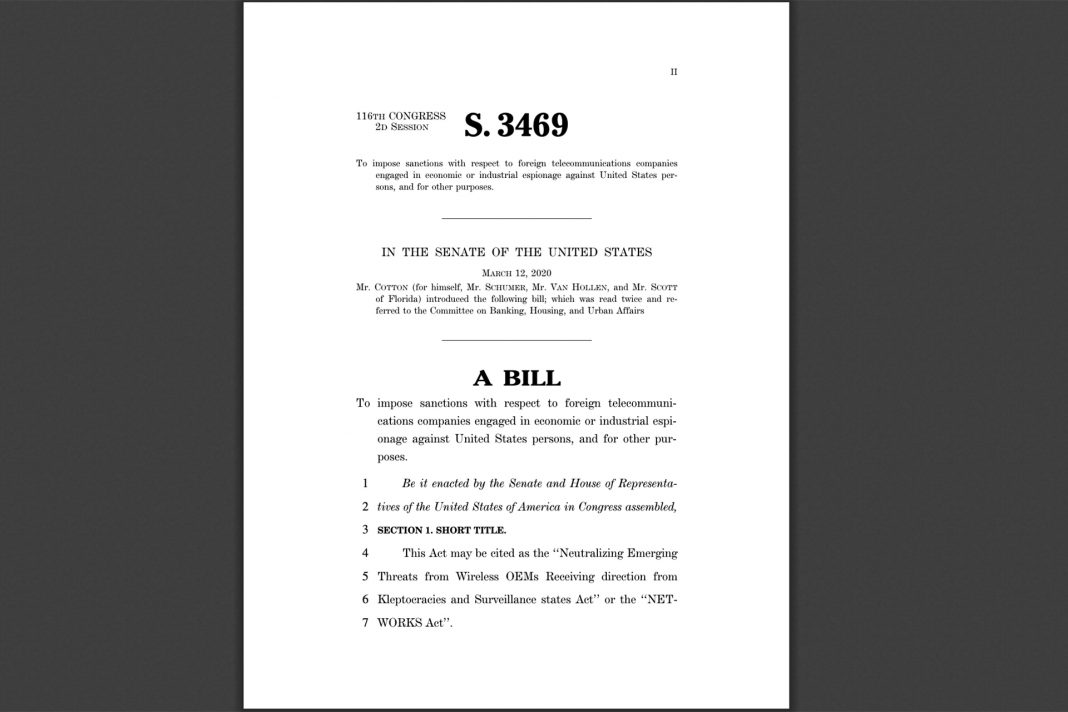 A bipartisan group of U.S. lawmakers today introduced in Senate a bill aimed “To impose sanctions with respect to foreign telecommunications companies engaged in economic or industrial espionage against United States persons, and for other purposes.”

Officially called Neutralizing Emerging Threats from Wireless OEMs Receiving direction from Kleptocracies and Surveillance states Act or the NETWORKS Act, the bill would require the President to block and prohibit significant transactions and interests in property of a foreign individual or entity that (1) produces fifth- or future-generation telecommunications technology; and (2) engages in economic or industrial espionage, or other related illicit activities, involving trade secrets or proprietary information owned by a U.S. individual or entity.

In the press release Senator Tom Cotton (R-Arkansas) said: “It’s time to sanction Huawei. For years, this arm of the Chinese Communist Party has stolen American intellectual property and violated U.S. sanctions with impunity. This legislation would cut Huawei off from the U.S. financial system, relegating it to pariah status alongside Russian oligarchs, Iranian terrorists, and Mexican drug cartels.”

Representative Mike Gallagher (R-Wisconsin) added: “It’s clear that in order to protect global 5G networks, we need a full court press against malevolent actors like Huawei,” said Gallagher. “It’s time to go on the offensive by cutting Huawei out of the U.S. banking system. We’re nearing a decisive point for global 5G networks and we need to leverage every tool in our arsenal to protect a diverse telecommunications supply chain and stop the Chinese Communist Party’s bid to monopolize global networks…”

This is another escalation in 5G-related geopolitical tensions. While there are plenty of reasons to be careful about the 5G gear and suspicious of Chinese intentions, the espionage and IP theft threats by Huawei are a bit of a red herring. The line between economic protectionism and national security precaution is hard to draw these days, but based on leaked U.S. government materials it is clear that the bigger concern behind the anti-Huawei campaign, not directly addressed or stated by the administration, is the U.S. quest for technology independence and economic protectionism. I wrote more about that here.

My article on the geopolitics of 5G: https://5g.security/geopolitics-5g/geopolitics-of-5g-massive-critical-iot/ 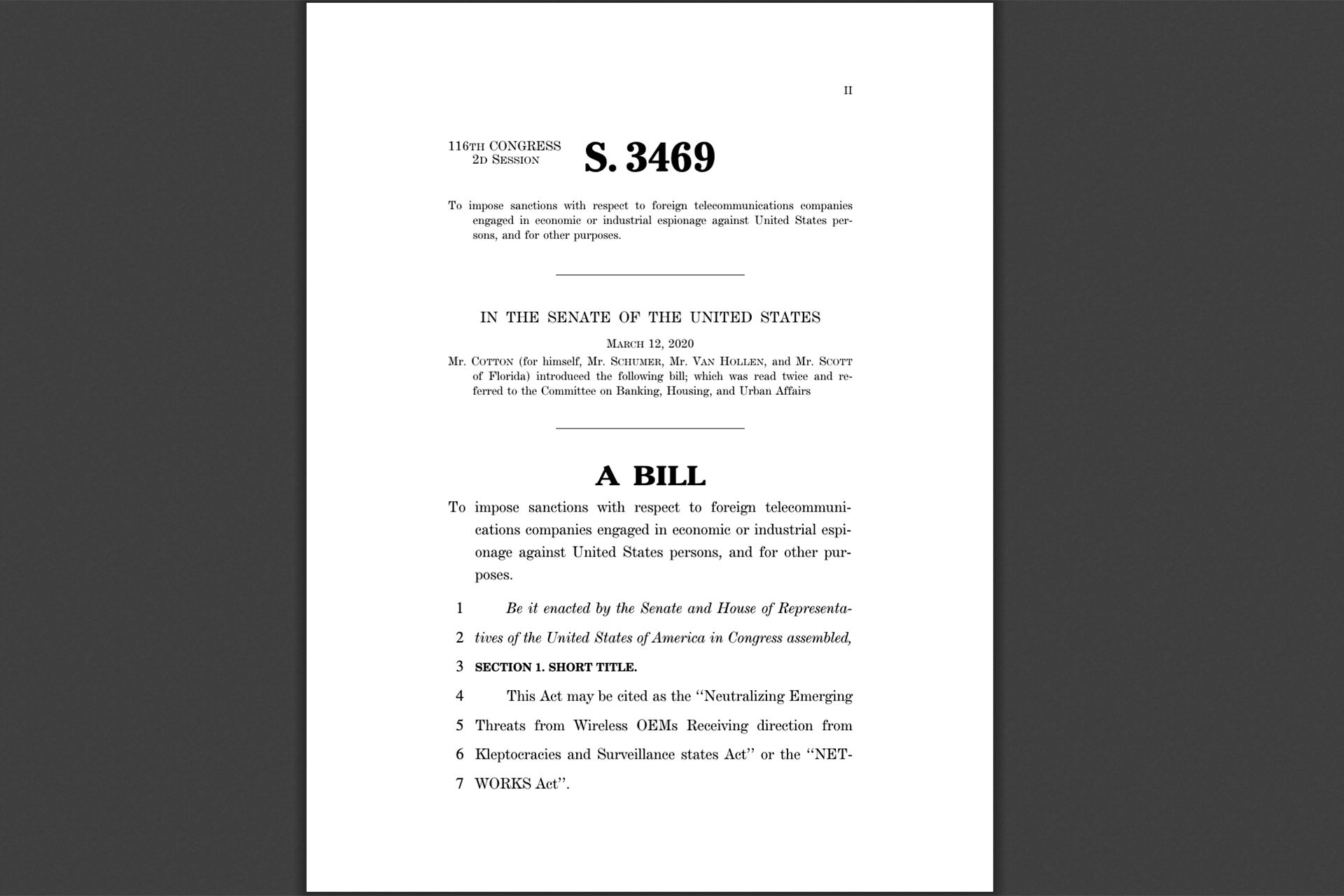